A not too long time ago, in a bedroom not all that far away, something super special happened. No, it’s not what you think! Two years ago this month, Michael had one of his lucid dream-like moments. In that state, he imagined creating a small Kickstarter project that would be the springboard from which we could do a other bigger projects. And of course in order to do that project, we needed to create a company, and after a day or two of discussion, Mystic Dragon Games was born!

Now, of course, what was supposed to be a small project ended up being a much, much larger project than he had first imagined, and it birthed a whole world that hadn’t been planned, but sometimes these lucid dreams can do that to you. For when Michael imagined this small project, he thought of an elderly wizard who would want to leave his legacy behind and it was to be in the form of a magical deck of cards that contained his essence…and if you’ve been following along in our journey, you will know that the project became the Moebius Deck of Wonders.

Since then, Mystic Dragon Games, along with some very special and important contributors (Dog Might Games, Ice Cream Dice, Hoop & Loom, Stitched by Aras, Talon & Claw, among many others), have created not only the Moebius Deck of Wonders, but now two sets of dice, a set of handmade dice, pins, stickers, deck boxes, several dice bags, dice vaults, custom coins, t-shirts and an upcoming, uniquely designed, zero-level module, Forged in Shadows. And I’m sure you won’t be surprised when I say that there’s more to come once Forged in Shadows is finished and fulfilled. 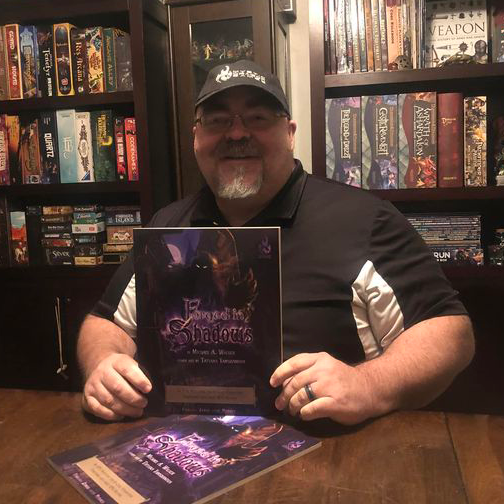 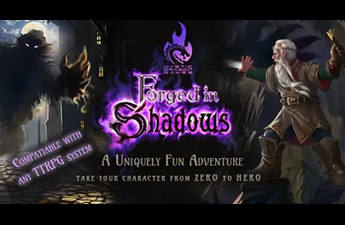 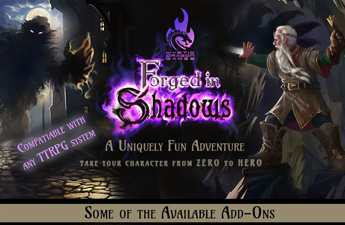 We are excited to announce...!